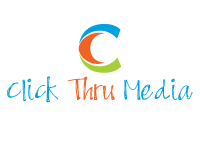 A week ago today, we were the first to report on the big core Google algorithm update – in fact, we covered it several hours before Google confirmed the update. Since then, I posted the day after reaction to the update and covered that the update was winding down. I have also been collecting a lot of survey data around sites that were impacted by this update and I have some news to share.

I reviewed over 300 sites, sites that said they were impacted by this update. The first bit of data that sorely stood out around this was that a huge percentage of the sites impacted were specifically in the medical, health, fitness, healthy lifestyle space. In fact, over 42% of the sites submitted were. Here is a pie chart showing how I personally categorized all of these sites: 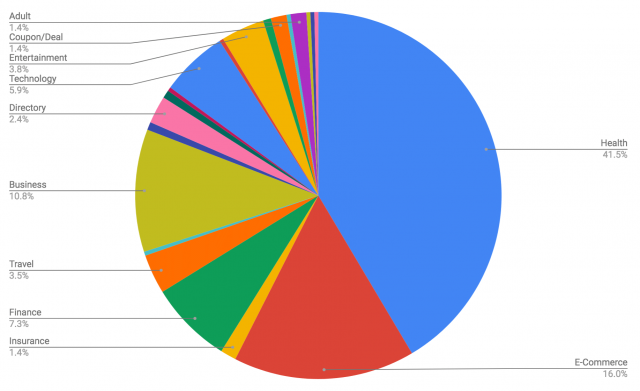 (note: I updated the chart at 4pm EDT August 8th with more survey data and merged the financial and finance category together)

I’ve done surveys like this before and I have never seen such a deep concentration in a specific niche before like this. It is actually shocking to me since Google said this was a global and core update – which normally means it impacts all flavors of sites, in all areas, everywhere.

Yes, many sites in other niches were impacted, such as e-commerce, insurance, finance, business to business, entertainment, deal sites, etc. The interesting thing, many of those “e-commerce” sites sell health/medical related product, so the 42% number might be closer to 50%.

This data stood out like a sore thumb. I am not sure we can just be lax about it and say this update was targeting the medical and health space. It clearly was not just health and medical but the data 100% skewed specifically to health and medical related web sites.

This ranged across all countries, languages, types of sites including blogs, doctor practices, e-commerce, advice, life style tips, and more. The one common thread was that close to 50% of these sites all were medical and health related.

The data set was over 300 sites of people who were good enough to fill out the survey. So about half of these sites were in the health and medical space, while the other half was not.

I will have more data to share from this survey, I hope. But right now, the biggest thing that stood out was this health/medical eye sore.

I am super curious to hear everyone’s feedback on this. I know Marie Haynes wrote she thinks this is targeted on YMYL sites but I think we can even more narrowly say it was zoned in on health. Again, we all think it was broader but the most impacted, in my opinion, is focused on health. 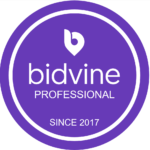